The Rutherford Institute came to the defense of a former Marine, 26-year-old Brandon Raub, who was arrested, detained indefinitely in a psych ward and forced to undergo psychological evaluations based solely on the controversial nature of lines from song lyrics, political messages and virtual card games which he posted to his private Facebook page. 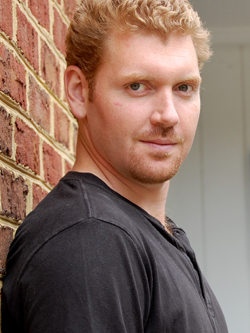 Raub, who served tours in Iraq and Afghanistan, was forcibly taken from his home on August 16, 2012, by FBI agents and police in Chesterfield County, Va. and placed in a psychiatric ward against his will (watch his arrest here). His crime? Posting personal political views and song lyrics to his Facebook page. Despite this, in a hearing before a special justice, government officials disregarded Raub’s explanation that the Facebook posts were being interpreted out of context, sentencing him up to 30 days’ further confinement in a VA psych ward where he was forced to undergo psychological evaluations.

The government’s case against Brandon Raub was dismissed on the grounds that the petition for Raub’s detainment was “so devoid of any factual allegations that it could not be reasonably expected to give rise to a case or controversy.”

Advocating for free speech and the right to be free from wrongful arrest, Institute attorneys filed a civil rights lawsuit of Raub, alleging that his seizure and detention were the result of a federal government program code-named “Operation Vigilant Eagle” that involves the systematic surveillance of military veterans who express views critical of the government. The complaint alleged that the attempt to label Raub as “mentally ill” and his subsequent involuntary commitment, clear violations of his rights under the U.S. Constitution’s First and Fourth Amendments, was a pretext designed to silence speech critical of the government.

In a final blow, the U.S. Supreme Court refused to hear the case, thereby refusing to establish standards to guide and constrain mental health professionals when they seek to commit individuals and to prevent commitment on the basis of a person’s exercise of his right to free speech.

“This case was about more than one Marine’s right to not be targeted for speaking out against the government. It was about whether Americans have the freedom to criticize the government without being labeled ‘domestic extremists’ and stripped of their rights,” said constitutional attorney John W. Whitehead, president of The Rutherford Institute. “Unfortunately, in refusing to hear this case, the Supreme Court has left us all vulnerable to the possibility that we can be declared mentally unfit, handcuffed, arrested and locked up against our will simply for exercising our right to speak truth to power.”

The Rutherford Institute's petition for writ of certiorari in Raub v. Campbell