A Military Plot to Take Over America: Fifty Years Later, Was the Mission Accomplished?

“I’m suggesting Mr. President, there’s a military plot to take over the Government of these United States, next Sunday...”—Col. Martin ‘Jiggs’ Casey, Seven Days in May (1964)

With a screenplay written by Rod Serling, creator of The Twilight Zone, director John Frankenheimer’s 1964 political thriller Seven Days in May is a clear warning to beware of martial law packaged as a well meaning and overriding concern for the nation’s security. Yet, incredibly enough, 50 years later, we find ourselves hostages to a government run more by military doctrine and corporate greed than by the rule of law established in the Constitution.

Indeed, proving once again that fact and fiction are not dissimilar, today’s current events—ranging from the government’s steady militarization of law enforcement agencies, and its urban training exercises wherein military troops rappel from Black Hawk helicopters in cities across the country, from Miami and Chicago to Minneapolis, to domestic military training drills timed and formulated to coincide with or portend actual crises, and the Obama administration’s sudden and growing hostilities with Russia—could well have been lifted straight out of Seven Days in May, which takes viewers into eerily familiar terrain.

The premise is straightforward enough: With the Cold War at its height, Jordan Lyman (played by Fredric March), an unpopular U.S. President, signs a momentous nuclear disarmament treaty with the Soviet Union. Believing that the treaty constitutes an unacceptable threat to the security of the United States and certain that he knows what is best for the nation, General James Mattoon Scott (Burt Lancaster), the head of the Joint Chiefs of Staff and presidential hopeful, plans a military takeover of the national government.  When Gen. Scott’s aide, Col. Casey (Kirk Douglas), discovers the planned military coup, he goes to the President with the information. The race for command of the U.S. government begins, with the clock ticking off the hours until Sunday, when the military plotters plan to overthrow the President.

Toward the climax of the film, President Lyman confronts Gen. Scott with knowledge of the coup, asking him to resign his position immediately. Gen. Scott refuses, insisting that his plan is necessary to ensure the future of the United States. President Lyman responds poignantly:

You have such a fervent, passionate, evangelical faith in this country…why in the name of God don’t you have any faith in the system of government you’re so hell-bent to protect? You want to defend the United States of America, then defend it with the tools it supplies you with—its Constitution. You ask for a mandate, General, from a ballot box. You don’t steal it after midnight, when the country has its back turned.

Unfortunately for the American people, it’s long past midnight. Indeed, the coup d’etat wresting control of our government from civilians and delivering it into the hands of the military industrial complex happened decades ago, while our backs were turned and our minds distracted. Consequently, we now find ourselves in the unenviable position of longing for an elusive peace while trying to rein in a runaway militarized government with a gargantuan and profit-driven appetite for war.

Over the past half century, America has actually been at war more than we’ve been at peace. In fact, the U.S. has been involved in an average of at least one significant military action per year, “ranging from significant fighting in Vietnam, Iraq and Afghanistan to lesser incursions in such far-flung countries as Kuwait, Bosnia, Pakistan, Libya, Grenada, Haiti and Panama… That total does not count more limited U.S. actions, such as drone strikes it now is carrying out against suspected Taliban insurgents in the Middle East.”

Here’s the problem, though: what happens to all those hefty profits for the military industrial complex when you start to scale back on 50 years’ worth of wars abroad? For example, the price of the wars in Iraq and Afghanistan alone have cost taxpayers upwards of $1.5 trillion—that breaks down to roughly $10.54 million per hour since 2001—which does not include the billions being spent this year alone on the Department of Defense ($254 billion and counting), on nuclear weapons ($9 billion), and on an F-35 Joint Strike Fighter weapons system ($4 billion and counting).

If war is a business, as it has become, in order to maintain a profit margin when there are no more wars to be fought abroad, one would either have to find new enemies abroad or, as I show in my book A Government of Wolves: The Emerging American Police State, focus on fighting a war at home, against the American people, and that’s exactly what we’re dealing with today. (In fact, domestic “terrorists”—citizens with anti-government views—have become frequent targets in military training deals. Just recently, it was revealed that the Ohio National Guard conducted a training exercise in which Second Amendment advocates were portrayed as domestic terrorists.)

This dangerous military expansion is one that outgoing president Dwight D. Eisenhower, a retired five-star Army general, warned against in his 1961 farewell address. Frankly, it’s a speech that bears re-reading for its chilling insight into the vastness of the military industrial complex, its grave warning against allowing the military to lead the way in dictating national and international policy, and its sound advice to “guard against the acquisition of unwarranted influence, whether sought or unsought, by the military industrial complex.” As Eisenhower noted:

The potential for the disastrous rise of misplaced power exists and will persist. We must never let the weight of this combination endanger our liberties or democratic processes. We should take nothing for granted. Only an alert and knowledgeable citizenry can compel the proper meshing of the huge industrial and military machinery of defense with our peaceful methods and goals, so that security and liberty may prosper together.

Consequently, we now find ourselves navigating a strange new world where the Department of Homeland Security (DHS) annually hands out millions of dollars’ worth of grants to local police agencies for military weapons, vehicles, training and assistance. Virginia will receive $7.4 million in homeland security grant funding for 2014, in addition to $53 million for the areas near Washington, DC. Indiana will receive $5 million from DHS to “help it prepare for any potential terrorist attacks, major disasters or other emergencies.” Las Vegas will get $1 million out of the more than $400 million being distributed this year, while Boston will get an $18 million piece of the pie. Meanwhile, New York and its outlying metro regions will get $178 million in funding to advance its localized version of the “war on terror.”

These grants also provide for law enforcement and terrorism prevention and typically include planning, training and exercises, such as the training exercises that were scheduled to take place in Boston around the same time that the Boston Marathon bomber detonated several homemade backpack bombs. Curiously enough, as the Boston Globe reported, the exercise, planned months in advance and dubbed “Operation Urban Shield” “has eerie similarities to the police investigation that led to the capture of the alleged Boston Marathon bombers.”

In the training scenario, investigators participating in Urban Shield would have to track down footage of the bombers caught by street surveillance cameras and the phones of “witnesses.” They would have to call on intelligence analysts to figure out which terrorist cell might be threatening the city. In the scenario, the terrorists would flee police in stolen cars they would dump in cities outside Boston, which would compel detectives from different jurisdictions to cooperate and share intelligence. One major clue would have been the body of one of the terrorists found near a stolen car, dead from a self-inflicted gunshot wound.

Believe it or not, these Live Active Shooter Drill training exercises, carried out at schools, in shopping malls, and on public transit, can and do fool law enforcement officials, students, teachers and bystanders into thinking it’s a real crisis. They come complete with their own set of professionally trained Crisis Actors playing the parts of shooters, bystanders and victims in order to help “schools and first responders create realistic drills, full-scale exercises, high-fidelity simulations, and interactive 3D films.” One Crisis Actors website, funded in part by the Dept. of Justice, even provides actors with a guide to suspicious behaviors they should study and adopt, as well as makeup recommendations, in order to better play their parts in training exercises.

Now it’s easy to write off as conspiracy-minded and sensationalist any suggestion that the government could be so calculating and diabolical as to not only deliberately plan and execute a terror exercise but pass it off as an actual event.

It’s easy to do so, that is, unless you’ve started to question whether your government actually exists to serve you, as growing numbers of Americans have. It’s certainly easy to do so unless you’ve started to read up on those less savory aspects of our nation’s history, the parts not included in public school textbooks, in which the government has, in fact, engaged in downright immoral and, at times, criminal behavior, including “giving hepatitis to mental patients in Connecticut, squirting a pandemic flu virus up the noses of prisoners in Maryland, and injecting cancer cells into chronically ill people at a New York hospital.”

And unless you’ve reached a point where you believe that the government views you as little more than a dollar sign, and prioritizes your rights far below your monetary worth, then you may not have a hard time believing that the government, marching in lockstep with the military and security industrial complexes, sold you out long ago.

So what do Seven Days in May and Ike’s farewell address have to do with the military/security-industrial complex, government grants for training exercises and terrorism preparedness, and military drills staged to look like the real thing?

Instead of an answer, let’s try another series of questions. How do you get a nation to docilely accept a police state? How do you persuade a populace to accept metal detectors and pat downs in their schools, bag searches in their train stations, tanks and military weaponry used by their small town police forces, surveillance cameras in their traffic lights, police strip searches on their public roads, unwarranted blood draws at drunk driving checkpoints, whole body scanners in their airports, and government agents monitoring their communications?

Try to ram such a state of affairs down their throats, and you might find yourself with a rebellion on your hands. Instead, you bombard them with constant color-coded alerts, terrorize them with shootings and bomb threats in malls, schools, and sports arenas, desensitize them with a steady diet of police violence, and sell the whole package to them as being for their best interests.

And when leaders like John F. Kennedy, Martin Luther King Jr. and John Lennon come about, who not only dare to challenge you by championing peace over war, but actually manage to get people to pay attention, you carry out surveillance on them, intimidate them, threaten them, and eventually do away with them, knowing full well that few will rise up to take their place.

Likewise, when individuals like Bradley Manning and Edward Snowden, lacking followers or name recognition, rise up and shine a spotlight on your misdeeds, you label them traitors, isolate them from their friends and loved ones, and make an example of them: this is what happens to those who challenge the police state. 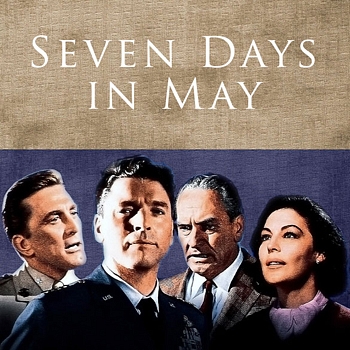