Don’t Be Fooled by the Political Game: The Illusion of Freedom in America

“The shaping of the will of Congress and the choosing of the American president has become a privilege reserved to the country’s equestrian classes, a.k.a. the 20% of the population that holds 93% of the wealth, the happy few who run the corporations and the banks, own and operate the news and entertainment media, compose the laws and govern the universities, control the philanthropic foundations, the policy institutes, the casinos, and the sports arenas.”—Journalist Lewis Lapham 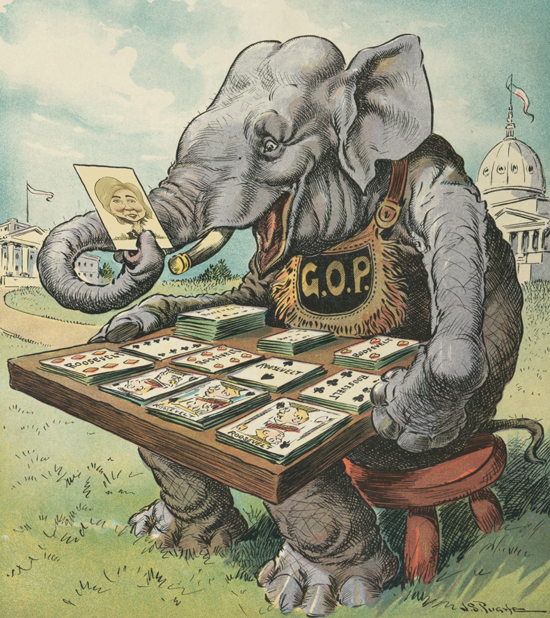 Being a citizen in the American corporate state is much like playing against a stacked deck: you’re always going to lose.

The game is rigged, and “we the people” keep getting dealt the same losing hand. Even so, most stay in the game, against all odds, trusting that their luck will change.

The problem, of course, is that luck will not save us. As I make clear in my book, Battlefield America: The War on the American People, the people dealing the cards—the politicians, the corporations, the judges, the prosecutors, the police, the bureaucrats, the military, the media, etc.—have only one prevailing concern, and that is to maintain their power and control over the citizenry, while milking us of our money and possessions.

It really doesn’t matter what you call them—Republicans, Democrats, the 1%, the elite, the controllers, the masterminds, the shadow government, the police state, the surveillance state, the military industrial complex—so long as you understand that while they are dealing the cards, the deck will always be stacked in their favor.

Incredibly, no matter how many times we see this played out, Americans continue to naively buy into the idea that politics matter, as if there really were a difference between the Republicans and Democrats (there’s not).

As if Barack Obama proved to be any different from George W. Bush (he has not). As if Hillary Clinton’s values are any different from Donald Trump’s (with both of them, money talks). As if when we elect a president, we’re getting someone who truly represents “we the people” rather than the corporate state (in fact, in the oligarchy that is the American police state, an elite group of wealthy donors is calling the shots).

Politics is a game, a joke, a hustle, a con, a distraction, a spectacle, a sport, and for many devout Americans, a religion.

In other words, it’s a sophisticated ruse aimed at keeping us divided and fighting over two parties whose priorities are exactly the same. It’s no secret that both parties support endless war, engage in out-of-control spending, ignore the citizenry’s basic rights, have no respect for the rule of law, are bought and paid for by Big Business, care most about their own power, and have a long record of expanding government and shrinking liberty.

Most of all, both parties enjoy an intimate, incestuous history with each other and with the moneyed elite that rule this country. Don’t be fooled by the smear campaigns and name-calling. They’re just useful tactics of the psychology of hate that has been proven to engage voters and increase voter turnout while keeping us at each other’s throats.

Despite the jabs the candidates volley at each other for the benefit of the cameras, they’re a relatively chummy bunch away from the spotlight, presenting each other with awards (remember when Jeb Bush presented Hillary Clinton with a Liberty Medal for her service to the country), attending each other’s weddings (Bill and Hillary had front-row seats for Trump’s 2005 wedding), and embracing with genuine affection.

Trump’s various donations to the Clintons (he donated to Hillary’s Senate campaigns, as well as the Clinton Foundation) are not unusual. Remember, FOX News mogul Rupert Murdoch actually hosted a fundraiser for Hillary’s Senate reelection campaign back in 2006 and contributed to her presidential campaign two years later. In fact, FOX News has reportedly been one of Hillary’s biggest donors for the better part of two decades.

Are you starting to get the picture? It doesn’t matter who wins the White House, because they all work for the same boss: Corporate America. In fact, many corporations actually hedge their bets on who will win the White House by splitting their donations between Democratic and Republican candidates.

We’re in trouble, folks, and picking a new president won’t save us.

We are living in a fantasy world carefully crafted to resemble a representative democracy. It used to be that the cogs, wheels and gear shifts in our government machinery worked to keep our republic running smoothly. However, without our fully realizing it, the mechanism has changed. Its purpose is no longer to keep our republic running smoothly. To the contrary, this particular contraption’s purpose is to keep the corporate police state in power. Its various parts are already a corrupt part of the whole.

Just consider how insidious, incestuous and beholden to the corporate elite the various “parts” of the mechanism have become.

Congress. Perhaps the most notorious offenders and most obvious culprits in the creation of the corporate-state, Congress has proven itself to be both inept and avaricious, oblivious champions of an authoritarian system that is systematically dismantling their constituents’ fundamental rights. Long before they’re elected, Congressmen are trained to dance to the tune of their wealthy benefactors, so much so that they spend two-thirds of their time in office raising money. As Reuters reports, “For many lawmakers, the daily routine in Washington involves fundraising as much as legislating. The culture of nonstop political campaigning shapes the rhythms of daily life in Congress, as well as the landscape around the Capitol. It also means that lawmakers often spend more time listening to the concerns of the wealthy than anyone else.”

The President. With the 2016 presidential election shaping up to be the most expensive one in our nation’s history, with estimates as high as $10 billion, “the way is open for an orgy of spending by well-heeled interest groups and super rich individuals on both political sides.” Yet even after the votes have been counted and favors tallied, the work of buying and selling access to the White House is far from over. President Obama spends significant amounts of time hosting and attending fundraisers, having held more than 400 fundraising events over the course of his two terms in office. Such access comes with a steep price tag. It used to be that $100,000 got you an overnight stay at the White House. Now it will cost you $500,000 for four meetings a year with President Obama. Yet as Harvard professor Lawrence Lessig asks, “[H]ow does a man, as a person, run the nation when he’s attending 228 fundraisers? And the answer is not very well. It's pretty terrible for your ability to do your job. It's pretty terrible for your ability to be responsive to the American people, because—let me tell you—the American people are not attending 228 fundraisers. Those people are different.”

The Supreme Court. The U.S. Supreme Court—once the last refuge of justice, the one governmental body really capable of rolling back the slowly emerging tyranny enveloping America—has instead become the champion of the American police state, absolving government and corporate officials of their crimes while relentlessly punishing the average American for exercising his or her rights. Like the rest of the government, the Court has routinely prioritized profit, security, and convenience over the basic rights of the citizenry. Indeed, law professor Erwin Chemerinsky makes a compelling case that the Supreme Court, whose “justices have overwhelmingly come from positions of privilege,” almost unerringly throughout its history, sides with the wealthy, the privileged, and the powerful. For example, contrast the Court’s affirmation of the “free speech” rights of corporations and wealthy donors in McCutcheon v. FEC, which does away with established limits on the number of candidates an entity can support with campaign contributions, and Citizens United v. FEC with its tendency to deny those same rights to average Americans when government interests abound, and you’ll find a noticeable disparity.

The Media. Of course, this triumvirate of total control would be completely ineffective without a propaganda machine provided by the world’s largest corporations. Besides shoving drivel down our throats at every possible moment, the so-called news agencies which are supposed to act as bulwarks against government propaganda have instead become the mouthpieces of the state. The pundits which pollute our airwaves are at best court jesters and at worst propagandists for the false reality created by the American government.

The American People. “We the people” now belong to a permanent underclass in America. It doesn’t matter what you call us—chattel, slaves, worker bees, drones, it’s all the same—what matters is that we are expected to march in lockstep with and submit to the will of the state in all matters, public and private. Through our complicity in matters large and small, we have allowed an out-of-control corporate-state apparatus to take over every element of American society.

Our failure to remain informed about what is taking place in our government, to know and exercise our rights, to vocally protest, to demand accountability on the part of our government representatives, and at a minimum to care about the plight of our fellow Americans has been our downfall.

Now we find ourselves once again caught up in the spectacle of another presidential election, and once again the majority of Americans are acting as if this election will make a difference and bring about change—as if the new boss will be different from the old boss.

When in doubt, just remember what comedian and astute commentator George Carlin had to say about the matter:

The politicians are put there to give you the idea that you have freedom of choice. You don’t. You have no choice. You have owners. They own you. They own everything. They own all the important land. They own and control the corporations. They’ve long since bought and paid for the Senate, the Congress, the state houses, the city halls. They got the judges in their back pockets and they own all the big media companies, so they control just about all of the news and information you get to hear. They got you by the balls. They spend billions of dollars every year lobbying. Lobbying to get what they want. Well, we know what they want. They want more for themselves and less for everybody else, but I’ll tell you what they don’t want. They don’t want a population of citizens capable of critical thinking. They don’t want well-informed, well-educated people capable of critical thinking. They’re not interested in that. That doesn’t help them. That’s against their interests.

They want obedient workers. Obedient workers, people who are just smart enough to run the machines and do the paperwork…. It’s a big club and you ain't in it. You and I are not in the big club. ...The table is tilted, folks. The game is rigged and nobody seems to notice…. Nobody seems to care. That’s what the owners count on…. It’s called the American Dream, 'cause you have to be asleep to believe it.