Thomas Jefferson and the Missing Right of Humanity 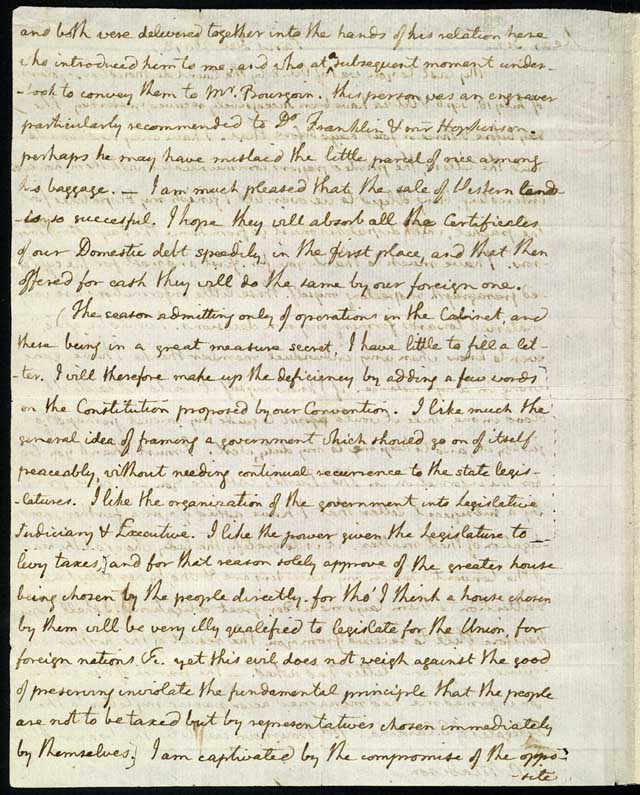 It’s only three words. But it’s there.

Hardly anyone notices it today, even most scholars and historians. But there it is in plain sight: right there in a letter Thomas Jefferson wrote to James Madison from Paris on Thursday, December 20, 1787.

It boggles the mind to think: WHAT IF Thomas Jefferson had gotten his way?

It’s one of the most famous letters Jefferson ever wrote (part of which is shown here). It includes his reaction to the new U.S. Constitution.

The Constitutional Convention in Philadelphia had only recently wrapped up in September 1787. Contrary to what many people now think, Thomas Jefferson did not participate in the Convention. He was, of course, in Europe at the time, negotiating trade deals and serving as America’s Ambassador to the Court of King Louis XVI; as John Adams was then in England serving as Ambassador to the Court of King George III.

Thomas Jefferson first reacted to the proposed Constitution in a letter to his friend Colonel William S. Smith, who was serving as Adams’ Secretary in London (Smith had previously served on the staffs of Generals Lafayette and Washington during the Revolution and had just the year before, in 1786, married John Adams’ daughter).

As to the new constitution, Jefferson wrote Smith on November 13, 1787, “There are very good articles in it: & very bad. I do not know which preponderate.”

That same day he wrote to John Adams as well. “How do you like our new constitution?” he asked, then answered his own question: “I confess there are things in it which stagger all my dispositions to subscribe to what such an assembly has proposed.” Jefferson expressed concerns about the powers given the House of Representatives: “The house of federal representatives will not be adequate to the management of affairs either foreign or federal.” And he decried the fact that the President was not limited to just one four-year term, saying the office of President of the United States ” seems a bad edition of a Polish king.” 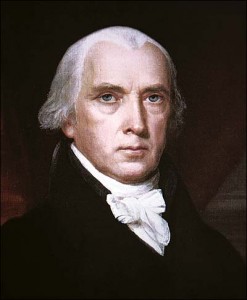 A few weeks later, on December 20, 1787, Jefferson finally shared his reaction to the Constitution with its chief architect and his best friend, James Madison.

In the now famous letter Jefferson points out some of what he liked about the proposed Constitution, beginning with the autonomy of the federal government: “I like much the general idea of framing a government which should go on of itself peaceably, without needing continual recurrences to the state legislatures. I like the organization of the government into Legislative, Judiciary and Executive. I like the power given the Legislature to levy taxes…”

And then a few sentences later, Jefferson wrote, “I will now add what I do not like.” There were two primary concerns he explained to Madison. Let’s begin with the second.

Jefferson was concerned that the Constitution did not provide for specific term limits in public office: “The second feature I dislike, and greatly dislike, is the abandonment in every instance of the necessity of rotation in office, and most particularly in the case of the President.” Jefferson abhorred the concept of what we’d call today, the professional politician.

But the primary objection he had, and one he hoped would be soon remedied, was that the proposed Constitution did not specifically include a bill of rights: a literal listing of the indvidual human freedoms guaranteed under the new American government.

What did Thomas Jefferson believe should be included in that list of the rights of humanity? He spelled them out right there in that letter to Madison: “freedom of religion, freedom of the press, protection against standing armies. restriction against monopolies, the eternal and unremitting force of the habeas corpus laws, and trials by jury…”

Jefferson identified these as the most significant rights to comprise a Bill of Rights that should be amended to the proposed Constitution. We are familiar with most of them: freedom of religion and of the press, for examples.

But did you notice three words right there in the middle? restriction against monopolies. Wow.

Think about it. Thomas Jefferson, as he wrote in the Declaration of Independence, believed that we are all born with certain inalienable freedoms, that “among these are Life, Liberty and the pursuit of Happiness. That to secure these rights, Governments are instituted among Men.”

We create governments to protect the rights with which we are born. These freedoms are our birth-rights. 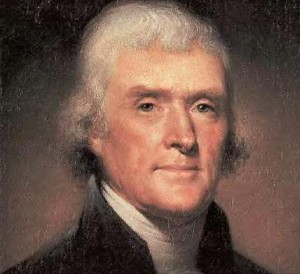 And in this historic letter of December 20, 1787, Thomas Jefferson made clear his belief that a “restriction against monopolies” was an innate and God-given liberty with which human beings are born; that the very idea should be part of our Bill of Rights; that the power of the government should be used, in this view. to protect individuals and markets from the excessive, oppressive tendencies of businesses and corporations; that people should be protected from the collusion of government and corporate power. Freedom depends on it.

Read it again. Jefferson actually listed restriction against monopolies right there with freedom from an oppressive military presence (“standing armies” or what some today have called militarized law enforcement) and freedom from oppressive courts, judges or rulers (“haebas corpus laws”).

Thomas Jefferson recognized that a restriction against excessive corporate power and control in the marketplace—  endorsing the idea that the government should be used to regulate and control that power— was a critical ingredient to ensuring our continued freedom. He went ever further, suggesting that this liberty from corporate domination should be enshrined in the Constitution.

When the Bill of Rights was finally ratified a few years later in 1791, it did not include “restriction against monopolies.” One wonders what America would be like if Jefferson had had his way.

A powerful case can me made today that America is something of a corporate state. Commercial and corporate entities routinely spend billions of dollars every year to use the power of government to legislate away their competition, to create and maintain what are effectively monopolies. They wield enormous political influence that dwarfs  the influence of the vast majority of citizens. They benefit tremendously from corporate subsidies and corporate welfare. Corporate interests now collude with governmental authority far beyond Jefferson’s worst fears.

The United States Supreme Court has created “super people“ by endorsing the concept that money is speech— that corporate entities are entitled to the free speech once reserved for individuals.

In a twisted kind of corporate populism, some now talk openly about “freeing” markets or companies in much the same way we once talked about freeing human beings.

Ironically and interestingly, the political candidates and leaders in our country who talk most about personal freedoms and safeguarding liberty, who most express their concerns about the oppressive nature of government power, are, for the most part, silent about the oppressive nature of corporate power that so alarmed Thomas Jefferson. Perhaps because they in fact represent that power. They heartily endorse the dangerous and anti-Jeffersonian concept that corporations are people.

All of which is not to say that corporate power is inherently bad. The same could be said of government power. Neither is in and of itself “evil,” as is often said today by critics on both sides of the debate. What is bad, as Jefferson warned us repeatedly, is the exercise of excessive power— whether in the public sector or private sector. (One could say his own complicity in the tragic enslavement of human beings in his personal life is a great example of Jefferson himself violating this very principle).

Decades after this letter to James Madison, Jefferson wrote another letter to former U.S. Senator and friend George Logan, where he repeated his belief that it is the duty of the government, as the voice of the mass of people, to limit the power of corporate interests. “I hope we shall … crush in its birth the aristocracy of our monied corporations which dare already to challenge our government to a trial of strength and bid defiance to the laws of our country.”

A liberty lost to time that ended up on the cutting room floor of the Bill of Rights.